Visit www.minchinhamptonndp.com for progress towards our Neighbourhood Plan
In 2012 a local Community Action Group began the Protect Our Space movement, opposing the development of the historic Lemon Field, which nestles in the heart of old Minchinhampton.  Planning applications were submitted twice and twice rejected, ultimately on appeal, in 2012 and again in 2014.  The story was widely reported in the local press and featured in the BBC documentary, The Planners.  Examples of the news coverage can be found here, in the Stroud News and Journal and here, in Stroud Life.  At the bottom of the page are three videos from their first successful campaign, which resulted in rejection of the developer's plans for 7 retirement homes.

Here are copies of the rejection notice and the subsequent rejected appeal.

The Lemon Field is now being auctioned, with "possible development potential, subject to obtaining all necessary consents". Details of Lot 223 , to be auctioned on October 26th, are available on Allsop's website. More detail is given below:
​ 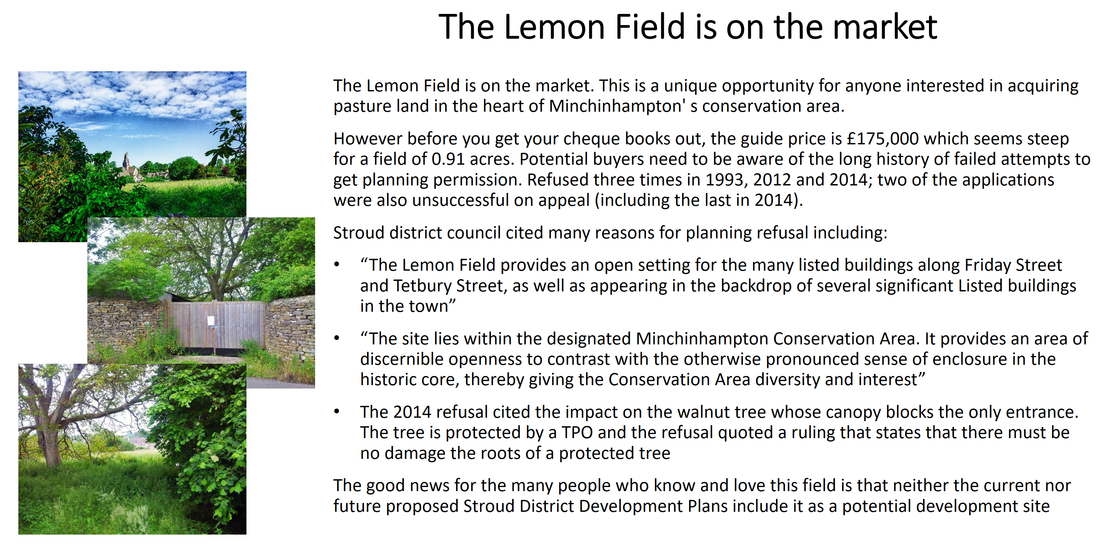