Why is the application being made now?

A covenant on the field means that building cannot commence until 2018, more than two years from now.

We believe the development is being proposed now because the application is significantly less likely to succeed after the emerging Stroud Local Plan is adopted.  This is expected to happen before the start of 2016.

We wrote to the developers in May, requesting they delay their application until a local planning framework could be put in place.  They refused, on the grounds that proceeding now would allow an earlier contribution to the school and the planting of trees in the orchard.  Before that we had been told the reason was access to Parish funds for the Orchard, which were then allocated elsewhere.

The written planning justification in their application confirms our initial belief, stressing the need for decision makers to rely on the “pro-growth” National Planning Policy Framework and to give limited weight to the previous or emerging Stroud Local Plans.

There are a number of planning applications being brought forward for Minchinhampton which seek to exploit the short-term gap in local planning policy.  This is clearly one of them. 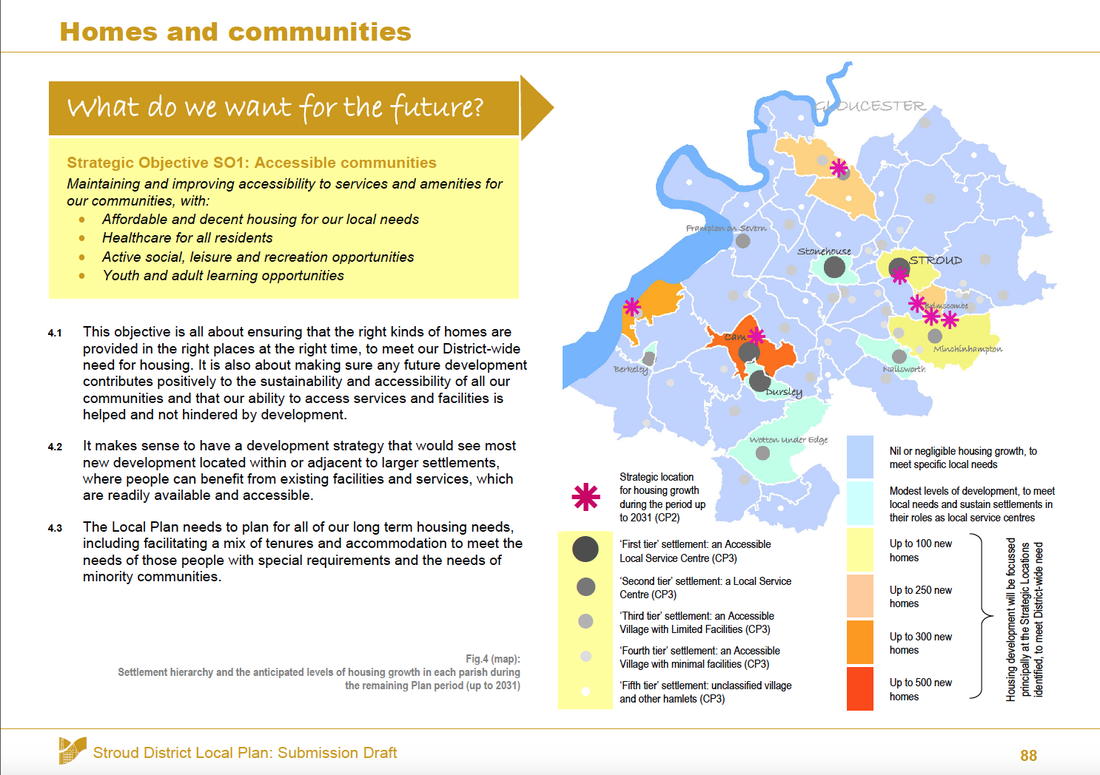